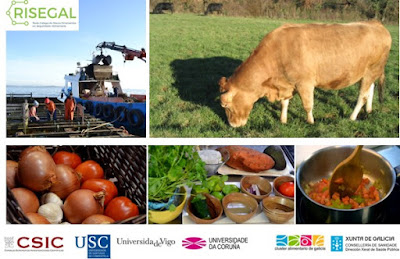 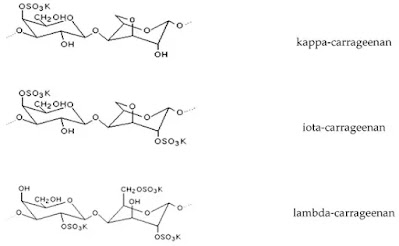 Two thirds of the world is covered by oceans, whose upper layer is inhabited by algae. This means that there is a large extension to obtain these photoautotrophic organisms. Algae have undergone a boom in recent years, with consequent discoveries and advances in this field. Algae are not only of high ecological value but also of great economic importance. Possible applications of algae are very diverse and include anti-biofilm activity, production of biofuels, bioremediation, as fertilizer, as fish feed, as food or food ingredients, in pharmacology (since they show antioxidant or contraceptive activities), in cosmeceutical formulation, and in such other applications as filters or for obtaining minerals. In this context, algae as food can be of help to maintain or even improve human health, and there is a growing interest in new products called functional foods, which can promote such a healthy state. Therefore, in this search, one of the main areas of research is the extraction and characterization of new natural ingredients with biological activity (e.g., prebiotic and antioxidant) that can contribute to consumers’ well-being. The present review shows the results of a bibliographic survey on the chemical composition of macroalgae, together with a critical discussion about their potential as natural sources of new functional ingredients.

Email ThisBlogThis!Share to TwitterShare to FacebookShare to Pinterest
Labels: Noticias 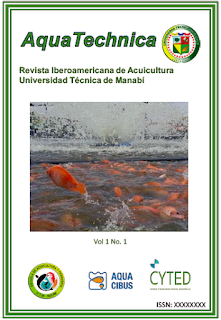 Micellar systems consisting of a surfactant and an additive such as an organic salt or an acid usually self-organize as a series of worm-like micelles that ultimately form a micellar network. The nature of the additive influences micellar structure and properties such as aggregate lifetime. For ionic surfactants such as sodium dodecyl sulfate (SDS), CMC decreases with increasing temperature to a minimum in the low-temperature region beyond which it exhibits the opposite trend. The presence of additives in a surfactant micellar system also modifies monomer interactions in aggregates, thereby altering CMC and conductance. Because the standard deviation of β was always lower than 10%, its slight decrease with increasing temperature was not significant. However, the absolute value of Gibbs free enthalpy, a thermodynamic potential that can be used to calculate the maximum of reversible work, increased with increasing temperature and caffeic acid concentration. Micellization in the presence of caffeic acid was an endothermic process, which was entropically controlled. The enthalpy and enthropy positive values resulted from melting of “icebergs” or “flickering clusters” around the surfactant, leading to increased packing of hydrocarbon chains within the micellar core in a non-random manner. This can be possibly explained by caffeic acid governing the 3D matrix structure of water around the micellar aggregates. The fact that both enthalpy and entropy were positive testifies to the importance of hydrophobic interactions as a major driving force for micellization. Micellar systems allow the service life of some products to be extended without the need to increase the amounts of post-harvest storage preservatives used. If a surfactant is not an allowed ingredient or food additive, carefully washing it off before the product is consumed can avoid any associated risks. In this work, we examined the influence of temperature and SDS concentration on the properties of SDS–caffeic acid micellar systems. Micellar properties can be modified with various additives to develop new uses for micelles. This allows smaller amounts of additives to be used without detracting from their benefits.

The effect of fungicides on fermentation is of paramount importance to control the quality and safety of wines. In this work, the quality (enological parameters, color, phenolic content, antioxidant activity, and fungicide residues) of wines from Monastrell grapes fortified with iprovalicarb, mepanipyrim, and tetraconazole fungicides was evaluated. Along the winemaking process, initial residues of mepanipyrim and tetraconazole were removed in more than 90% while the dissipation of iprovalicarb was around 73%. Significant statistical differences were found in the presence of iprovalicarb and mepanipyrim residues, especially at the highest concentration assayed. For both fungicides, increases in the volatile acidity (between 4 and 8.6 times), the lactic acid content (between 8.6 and 20.5 times), the percentage of polymeric anthocyanins (between 1.3 and 1.7 times), and also a slight increase of the total phenolic index and the total anthocyanin content determined by spectrophotometry were observed. On the contrary, the total monomeric anthocyanins content decreased about 16.3% and 28.6% in the presence of iprovalicarb and mepanipyrim, respectively. These results could be related to a higher development of acetic acid or lactic bacteria in the presence of these fungicides. The color of the final wines was also different in comparison with the control, with a higher yellow component, color intensity, tonality, and hue angle because of pH changes in the medium. Tetraconazole fermentations had a more similar trend to the control wine, probably due to the lower concentration of this fungicide in the grape must at the initial time. No effects on the antioxidant activity was observed for any of the target fungicides. A multivariate statistical analysis was done to view the interrelationships between different variables (color and anthocyanins profile). The obtained model allowed the wines to be separated according to the fungicide treatment applied.

A combination of physical-chemical analysis has been used to monitor the aging of red wines from D.O. Toro (Spain). The changes in the chemical composition of wines that occur over the aging time can be used to distinguish between wine samples collected after one, four, seven and ten months of aging. Different computational models were used to develop a good authenticity tool to certify wines. In this research, different models have been developed: Artificial Neural Network models (ANNs), Support Vector Machine (SVM) and Random Forest (RF) models. The results obtained for the ANN model developed with sigmoidal function in the output neuron and the RF model permit us to determine the aging time, with an average absolute percentage deviation below 1%, so it can be concluded that these two models have demonstrated their capacity to predict the age of wine.

Optimization of the Extraction Process to Obtain a Colorant Ingredient from Leaves of Ocimum basilicum var. purpurascens

Heat-Assisted Extraction (HAE) was used for the optimized production of an extract rich in anthocyanin compounds from Ocimum basilicum var. purpurascens leaves. The optimization was performed using the response surface methodology employing a central composite experimental design with five-levels for each of the assessed variables. The independent variables studied were the extraction time (t, 20–120 min), temperature (T, 25–85 °C), and solvent (S, 0–100% of ethanol, v/v). Anthocyanin compounds were analysed by HPLC-DAD-ESI/MS and the extraction yields were used as response variables. Theoretical models were developed for the obtained experimental data, then the models were validated by a selected number of statistical tests, and finally, those models were used in the prediction and optimization steps. The optimal HAE conditions for the extraction of anthocyanin compounds were: t = 65.37 ± 3.62 min, T = 85.00 ± 1.17 °C and S = 62.50 ± 4.24%, and originated 114.74 ± 0.58 TA mg/g of extract. This study highlighted the red rubin basil leaves as a promising natural matrix to extract pigmented compounds, using green solvents and reduced extraction times. The extract rich in anthocyanins also showed antimicrobial and anti-proliferative properties against four human tumor cell lines, without any toxicity on a primary porcine liver cell line. 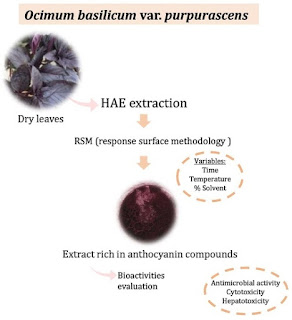 The fatty acid profiles of five main commercial pistachio cultivars, including Ahmad-Aghaei, Akbari, Chrok, Kalle-Ghouchi, and Ohadi, were determined by gas chromatography: palmitic (C16:0), palmitoleic (C16:1), stearic (C18:0), oleic (C18:1), linoleic (C18:2), linolenic (C18:3), arachidic (C20:0), and gondoic (C20:1) acid. Based on the oleic to linoleic acid (O/L) ratio, a quality index was determined for these five cultivars: Ohadi (2.40) < Ahmad-Aghaei (2.60) < Kale-Ghouchi (2.94) < Chrok (3.05) < Akbari (3.66). Principal component analysis (PCA) of the fatty acid data yielded three significant PCs, which together account for 80.0% of the total variance in the dataset. A linear discriminant analysis (LDA) model that was evaluated with cross-validation correctly classified almost all of the samples: the average percent accuracy for the prediction set was 98.0%. The high predictive power for the prediction set shows the ability to indicate the cultivar of an unknown sample based on its fatty acid chromatographic fingerprint. 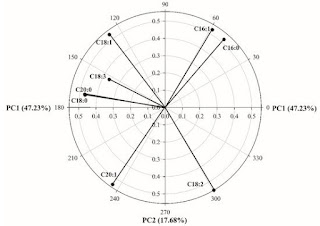 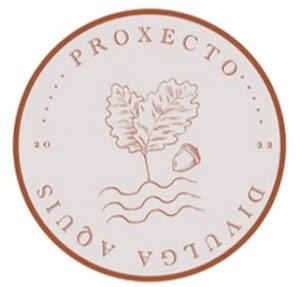